We use cookies to personalise content and ads, to provide social media features and to analyse our traffic.
Read more Ok

Some define it as the newest method in hair transplantation, some say there is no ‘recognized’ technique called DHI, others claim that it is just a marketing gimmick, while a fraction explains the method as; FUE with implanters.

The debate goes further, where the two methods at its simplest form stand out to be; ‘different ways to harvest the grafts’ combined with ‘conducting different implanting procedures’.

However, our aim for this study is to remain objective and to have a brief and clear understanding on how the procedure actually works.

Unlike the FUE method, during the DHI implantation method, site creation and graft implantation are performed simultaneously, i.e. extraction and implantation are combined as part of a one or two step process, embedding the extracted hair follicles directly into the receipt areas without the need of creating channel incisions in the donor area via utilizing an implanter (choi) pen that features a hollow needle connected to a tub and plunger device. This is why the DHI procedure is also referred as the Choi method. 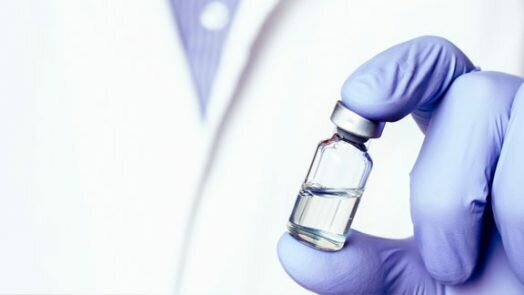 Thanks to the use of sedation given under the direct supervision of our Anesthesiologist, you will no longer feel any pain during the administration of local anesthesia prior to the hair transplant procedure. As a consequence, you will be having a more comfortable and pain-free hair transplant experience. Even though hair transplants are generally considered as painless procedures, this new method will help our patients who suffer from needle phobia, to feel at ease, allowing them to relax during the procedure. Owing to this, the level of pain that was currently at minimum is now completely eliminated.

Sedation is the action of producing a state of calm or sleep under controlled sedative drug administration, monitoring the depth of sedation with the types of drugs used and the amount given tailored specifically to each patient needs.

Do I Have to Receive Sedation?

The Choi method naturally has its advantages as well as its disadvantages over the FUE technique.

Among its advantages indicated by some hair restoration experts are as follows;

On the other hand the disadvantages in comparison to the FUE method include;

The Stages of DHI Hair Transplant

After mentioning the highlights of this special technique, we will make one final remark on this topic through a question.

Are all candidates qualified to undergo this hair transplant surgery utilizing the Choi Implanter pen?

With the creation of this method by specialists at the Kyungpook National University in Korea, as the Choi Implanter is generally considered the ‘original’ implanter pen device, experts operating within the field started to conduct research so as to gain an in-depth understanding on this new technique.According to the results of their studies, they had identified that not all people were ideal candidates for utilizing the Choi implanter pen during the hair transplant surgery.

It was observed that the initial version of the Choi Implanter pen provided better results on Asian patients with hair loss compared to other ethnicities. The experts that studied this phenomenon came to the following conclusion: Asian people’s hair in general is distinguished with thick straight hair, and the curly characteristics and thinner diameter of other races, makes it difficult to be loaded properly into the implanter and place in the scalp, as the main sizes of the needles that were used in the early stages ranged between 0.8-0.9 mm.
As a result, this may lead to inappropriate bend in the follicle, incorrect graft placement and an excessive trauma for the follicles. Therefore, not all patients are ideal candidates for the utilization of the Choi implanter pen during their hair transplant surgery. SIn opposition to the proposed findings, some physicians disagreed with this statement, indicating that with increased training and experience with the Choi implanter pen, effective graft placement with any type of hair characteristics could be possible.

With scientific and technical advancements, hair restoration procedures has improved over the past decade, reaching to a point where it is now possible to conduct hair transplant utilizing the Choi Implanter pen with any kind of hair characteristics, creating a new era that produces consistent, effective, predictable, safe but most of all natural-looking results.

Before and After Photos

You can instantly see the Before & After photos right after you fill out the form. You will receive an automatic message via phone or e-mail.